Thoughts on the Sinai Operation 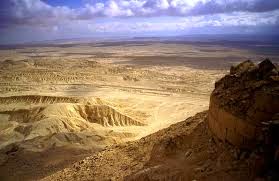 On Friday, October 24, 2014 an army checkpoint was attacked killing over 30 military personnel. I cannot claim to know the details of everything that is going on in Sinai, but the little I do know leads me to believe that there is bad policy in place. I truly hope this is a wake-up call to understand that there's something wrong about how things are being handled and many are paying the price of these mistakes, but I do not expect this will happen.

We must acknowledge the simple fact that most things are cause and effect, the failures we are witnessing are a result of numerous failures. An army that promises kofta cures in the modern age will not be able to provide a proper political or security solution when faced with a real threat.

There will be many angles regarding the war on terror, and the extremists in Sinai, but for a fuller picture, the problem with Sinai has always been that it was treated as an occupied land. There is no development and there is very high securitization. The government's policy has always been to keep its inhabitants under a tight leash with minimal development. More recently the military regime has been generally using more brutal security practices to address political problems, Sinai is no exception and all the more problematic due to extremist growing presence there.

The radical methods adopted by the army to 'fight terror' has only created more context for extremists to grow. Innocent people have been 'collateral' and it's only speculation here, but that probably has radicalized residents into cooperating with the more extremist factions. This means that the army's political grip on an armed region inhabited by oppressed locals has been diminishing.

Recent efforts on a wide scale crack down on 'terrorism' in the area seems to have backfired, with extremists fighting back. There is a failure in policy, and we're reaping its fruits now although there have been a great many critics of the security only policy adopted by the Egyptian regime in Sinai.

Those at the borders are martyrs of duty, but more importantly victims of their own leaderships. I won't shift the blame to the army leaders, the blame always lies on those who kill. But the truth is that the same thing can be said when the army targets innocent people.

Any activity needs broad consent, whether it's politics or terrorism. Consent is the least active of the roles which make you part of any action, as time goes by that consent can change into support and even help. The trouble with angering individuals who would otherwise be neutral is that you put them on a path of consent for actions done by your enemy. This applies both ways really. When terrorism affects those you identify with, you start turning against it and side with those who fight it, but the real danger now, particularly in Sinai, is that consent is not on the regime's side after they've mistreated Sinai and its residents. That's the real danger.

Needless to say, I don't think that targeting innocents works as a strategy, on any side of the fence.

There is real sadness about innocent soldiers who are in many ways targets of the regime as much as they were targets of their killers, but to pretend that we must support a regime that a great many of us predicted would bring about such failures and more is disingenuous, because it is exactly these sort of tragedies that we wanted to avoid. Please don't tell me now is not the time to talk about our animosity with the state because of their failed policies, because now *is* the time for which there was such animosity in the first place. We are not enemies of the state but rather of failed state policies that bring about such catastrophic failures.

We're approaching a '67 sort of defeat. The regime was cracking down on the student movement and all sorts of opposition and convinced people that they were the enemies of the state who would bring the country down, but even with them arrested, Egypt suffered a huge defeat. The problem is in the mentality that brings about disaster and blames the wrong people for their own failures.

The reaction of the state to this is even more important. Sadly, they will continue to crack down on opposition of all sorts, they will react like a lunatic state cracking down on all forms of dissent or criticism. What happens next will likely be even more ugly and brutal.

In the coming days the regime is going to sell you this story: This is a time of crisis, protesting policies that lead to this crisis is wrong. To be a true nationalist you need to support the government in its failed policies and post condemnation of the perpetrators if you like but you cannot condemn the policies that lead to this tragedy. If you do, then you're enabling terrorists. You must cheer on the failed leadership that lead us to where we are now, that is true patriotism.

Your role as a Sisi supporter is to mourn all the soldiers, share posts about them and not question how we ended up here or whether the regime could have done things differently as well as attack those who try to ask those questions and perhaps even curse them and call them traitors, spies and all sorts of derogatory terms.

If Sisi really wanted a united front against the extremist insurgency he would stop targeting peaceful activists and bring criminals to justice.

To me terrorism has always been the act of targeting innocent civilians. I'm not sure what to call it when guerrilla forces strictly target military personnel in uniform. Perhaps with all the polarization around, it may be necessary for me to point out that I'm against violence, but acknowledge that in some cases it needs to be used (as we all are in a modern society). However, I have witnessed the army being unnecessarily violent with innocent civilians and we've all seen them kill some. In that sense the army is more of a terrorist than the groups targeting the army. But with that said, extremist targeting which aims to bring about a more oppressive, more polarizing regime is not something that I accept.

To view this as objectively as possible, the acts at a first glance seem to be of extremists who view the Egyptian army as an occupying force and that would explain why they targeted the military and not citizens. It appears that in large, the people living in Sinai also view the military and the Egyptian state as an occupying force rather than an organizing force. We've heard horror stories about how the army deals with Sinai and that gives us a picture of how people might be feeling.

I think  we're talking about a war between armed forces that have no popular support in Sinai and extremists who are finding some consent to their 'resistance' within the populace continuously abused by the army.

We've mocked the words 'War on Terror' because of the word terror, but I don't think it's appropriate to mock the word 'war'. And for the record, I don't want any side to win particularly. If the extremists win it will be a disaster and will mean dark days ahead, and if the army wins completely, that would mean Sinai residents would be practically made prisoners on their own land, more so than they are already.

The only certain thing is that the existence of this war itself means dark days ahead.

*Note: I got a comment that asks to make a distinction between North Sinai and South Sinai, I would like to point out that all of this commentary applies to everything happening in North Sinai. South Sinai is a completely different story. It would be a mistake to put *all* residents of Sinai in one basket without making a distinction.

Posted by Wael Eskandar at 7:56 AM

And again as stated before, the relation between the army and the inhabitants of Sout Sinai differs completely from what happens in the North. Not only are you giving a wrong impression ( in a very good article) but you give theoipportunity the pple of the South get criminilized over this, being painted with the same brush. Here in the South police force have a bad name, not so the army. Here one does not fight the army. Here there is no lawlesness. Please do not suggest all Sinai is the same, it is so often stated that we already feel the burden of this image