I'm enraged beyond words. The farthest reach of my words cannot explain how angry I am. I cannot type with enough vigour to reflect how fuming I am right now. If only the harder I struck the keyboard the deeper the characters are imprinted.

I'm so angry I feel I'm going to foam at the mouth. I'm so angry I feel like a damn wounded beast that is about to die and its anger at its hurt is killing it from within. My stomach feels like a steam engine's burner from all the heat and coal it contains inside.

If I were to act wise I would say I'm angry with someone or something, but the foolish man that I am, I'm honest enough to say that I'm greatly angry with myself. That poor idiotic self forced upon me to observe me and lead me and be a part of my existence. I'm angry at what I do and I'm angry at what I don't… there's just so much that humble words at times of extreme rage cannot express.

I say and say in the hope that all this horrible rage insides me is let out, that I can get some relief out of writing all this, but the words come out of my head and they don't come out of my stomach as they should. The burning coals are not exhaled with words that want to represent them.

I've realized that one should always judge others by his standards rather than theirs. He'll never know enough about their standards to judge in their absence. I don't know what I'm saying this, but somehow it seems relevant to what I'm feeling. It's also a shame that one judges himself according to people's standard and not his. It's a shame that people judge themselves using both.

That dogmatic idiot inside me is such a villain. I have no idea what he has to do with anything, but he's a stupid bastard and I'm probably bringing him in because I'm angry at him too. Is there anything I'm not angry about at this moment?? Only the things that I cannot think of.. they're safe from my anger.. safe from my irrationality and my ….

I feel that if I were to listen to music on large speakers I would want to smash the speakers.. but I'd probably smash my head too.. I feel that if I actually do one of these things now I'll probably feel okay.. but what am I doing.. I'm just writing and writing, more self control.. I want to explode and I'm just imploding more and more..

Who is this beast that's speaking, someone rather boring, I wouldn't read any of what I wrote just now!!! Stupid Stupid!!!

What more is there to say… I'll pound the gas and take a hard turn, it's mad beyond belief. It's a crazy life that offers me nothing but discontent. It's a life that gives me a way to play a losing game, because someone has to play and someone has to lose. It's near predetermined. I'm totally losing my mind.. I wondered what it's like to go insane, but I don't think I wonder anymore!!

This is a love song for Egypt,
And I hope someone sings it too,
but to tell her I love her I must be honest,
and tell her that I hate her too.

But no one's going to sing this song,
because everyone wants a fantasy to live,
With words majestic and thoughts so deep,
and nothing but lies and lies to give.

So when I tell Egypt that I love her,
You'd guess it's just for show,
And when I don't tell her that I hate her,
you'd then, absolutely know.

Egypt..You know Egypt, you've hurt me,
you've hurt everyone that's loved you too,
you've been raped and battered,
and you are us and we are you.

So a song to a fallen woman,
that's made us bastards all the way,
and yet we choose to sing for her,
songs with nothing much to say.

No woman, I won't live for you,
nor will I die for your land.
Nor will I tell you how beautiful you are,
You no longer understand.
Posted by Wael Eskandar at 11:09 PM 4 comments:

The truth of the matter is that all our existence has to be translated to feeling otherwise it means nothing. The greatest gift you can give someone is a rare feeling that fills their entire being. The best way to hurt someone is also through a feeling.

With this end in mind, it can be possible to determine the value and weight of everything. Nothing else can weigh things this accurately. 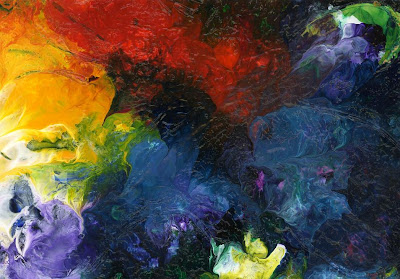 Passion is everything. It would make all the difference if you did one thing a day to make you feel good about yourself.
Posted by Wael Eskandar at 10:54 PM 2 comments:

Email ThisBlogThis!Share to TwitterShare to FacebookShare to Pinterest
Labels: life

Wouldn't it be great to put on pink colored shades and see the world devoid of all those ugly colors? To see all the ugliness in rose colored shades? However it's contrast that makes us appreciate beautiful colors from ugly colors. The question becomes, are the beautiful colors you might see worth all the ugliness around them?
Posted by Wael Eskandar at 2:19 PM 6 comments: