The Absence of Light 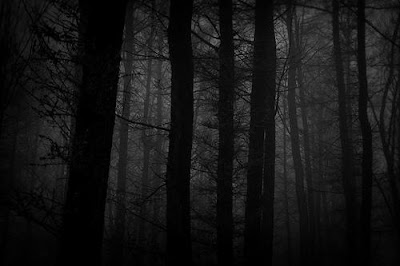 Life is too much sometimes. We choose our lies, whatever they are, what we want to live.. that the world can be a fair place, that truth and justice prevail, that prayers without the tough deeds we need to be doing can make things better. We choose whatever lies get us through the day, at whatever price. The price is usually others, those who fight on our behalf, those who get punished on our behalf, those who get sucked into the world of evil greedy men. These wonderful shoes I bought, at the expense of some of the downtrodden in an Asian country, but it doesn't matter, they're not people I know, I choose my lies. That great bargain on my shirt, with people toiling away so that many like me get a great bargain. This security I feel in my rich quarters, why was the land expensive? I choose my lie, refusing to see that this money is for security forces to violently fend off others who attempt to infringe on my right to my lies.

We choose our lies, but sometimes the truth chooses us. We come face to face with reality that everyone wants to deny. Face to face with a reality of the world that is far more intrusive, far less comforting than our lies. The truth catches up with some of us.

Coming face to face with the truth makes you feel you want to spread it to the blind as though it were light. It makes you feel you want to proselytize and convert, because you know what you know and you've seen what you've seen. You try and find a pathway other than your own experience such as emperical and logical evidence, but to no avail. We often forget that it's not the absence of light that doesn't make the blind see, it's absence of vision, no matter the light.

You cannot make the blind see by asking them to look harder, and sometimes that's how it feels as I try and share what I know. It's written off despite my unfortunate privilege to witness something about the truth of the world.

I think I've given up on change a long time ago, but I've kept sharing because I wanted to prove to myself that I can still retain that truth that visited me, that I can still retain my integrity.  But what I'm seeing is so disheartening that makes me even stop wanting to share. I keep on doing it not to change things but to prove to myself that their lies cannot defeat my truth.

Maybe I should keep that fight to myself, not everyone has to know, it influences too few people. Yet, it's difficult, it feels as though it's a duty. I'm stuck between that feeling and the futility of my words, written off as a point of view that can be easily discarded in favor of another. It's difficult for me to see oppression as a point of view, but at the same time, it's difficult to speak of what I know and see those around preach flawed, selfish values that help them sustain their lies.

I know it doesn't matter what I say, and perhaps soon I will see the value of silence.
Posted by Wael Eskandar at 12:05 AM No comments: