Below is a screenshot of a series of tweets and interactions with the Dutch ambassador to Egypt in which he claimed Egypt has made progress on the path towards democracy. Having checked the speech and seeing these responses, I called out the Dutch ambassador on what he described as democratic progress.

He implied that I did not have the gift of close and contextual reading.

All this is okay but what is note worthy is that the ambassador used to follow me on twitter, and furthermore extended an invite to discuss the topic further at his office. That is why it is all the more perplexing that at some point following this conversation I was blocked on twitter by this ambassador.

That's not very diplomatic is it? 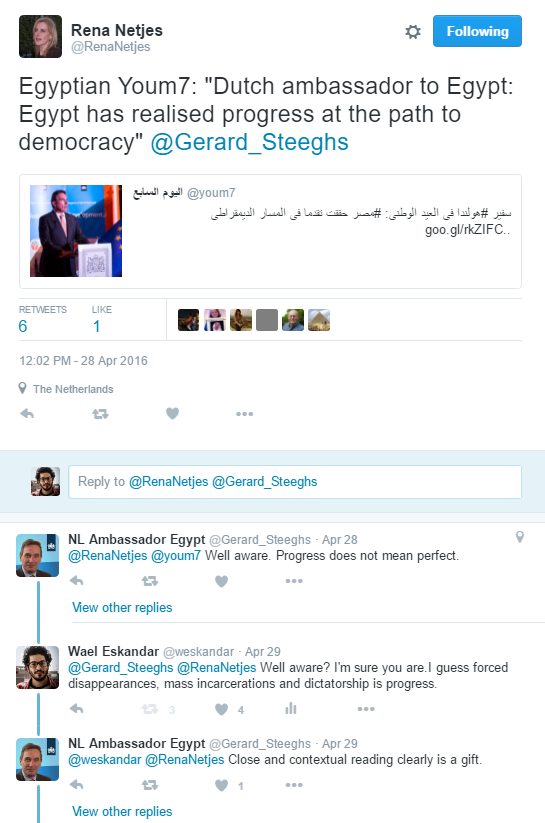 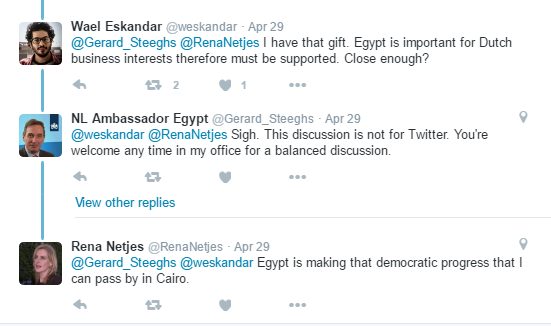 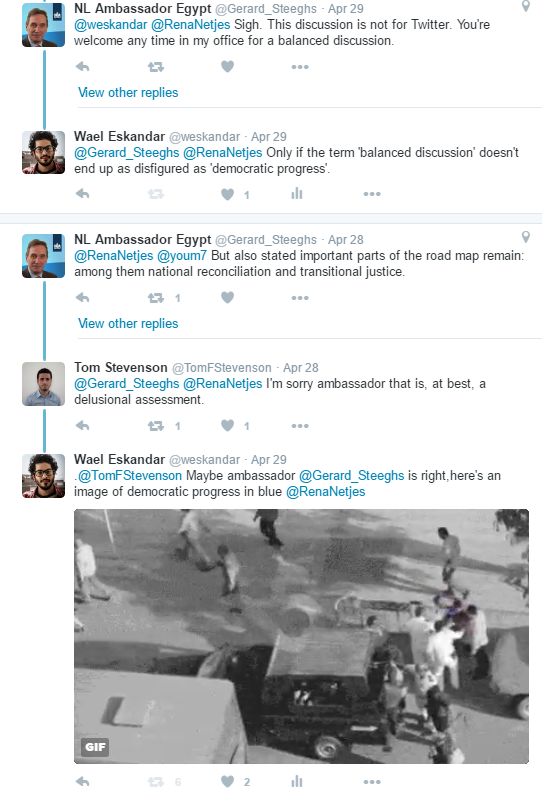 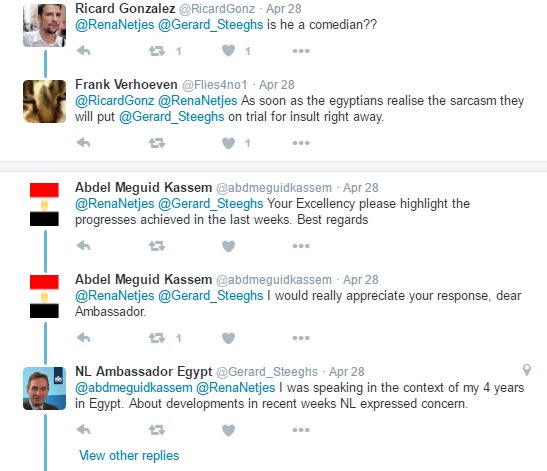 Posted by Wael Eskandar at 7:42 PM No comments: