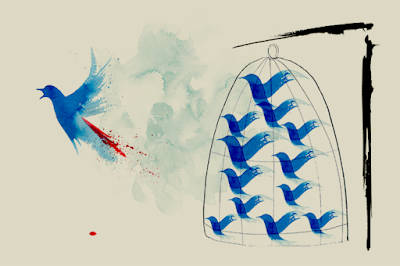 This month I was busy documenting Twitter's censorship of Arab voices. With the help of other researchers we documented a mass suspension aimed at activists who spoke about Egypt. During the course of our investigation in order to verify our findings, we stumbled upon another pattern of Twitter falsely flagging responses to tweets as hateful conduct.

This forced Twitter to apologize for the mass suspensions but not for their misapplication of the hateful conduct policy.

I wrote an article in Arabic and in English to document this and it was covered by Buzzfeed. I also dumped the images I collected in a Facebook album.

Posted by Wael Eskandar at 11:50 PM No comments: