The Myth of Subsidy Cuts 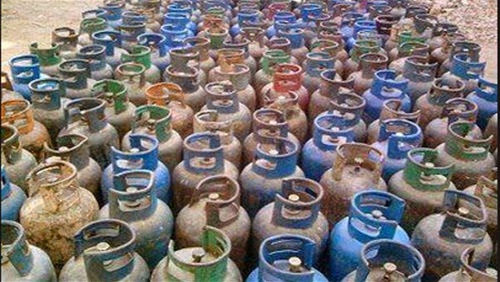 Many have commented that the latest economic move to slash subsidies is a good thing. I can’t say I’m surprised because for over three years, the rhetoric was repeated incessantly by numerous economists and the IMF, that Egypt must cut subsidies for economic reform. The idea that cutting fuel subsidies is a good thing to start economic reform has become so ingrained that often times people do not stop and think why.


Subsidies are not good because the country ends up paying lots of money to help the rich as it tries to help the poor. They represent a form of unnecessary help given to the rich as well as the poor, which means the money is unable to distinguish between who it helps.

Subsidizing some commodities for everyone irrespective of their level of earnings means that the state is wasting its resources helping those who do not need help. Subsidies need to be lifted so that unnecessary help given inadvertently given to the rich can be focused on assisting the poor even more. This can mean directing all the subsidy money granted to those who don’t need to subsidize the poor more directly through wage increases, fairer taxation and better public services. Taxing based on income helps for more equality.  Wage increases can be set up to benefit the poor. Public services should be designed to help the poorer classes.

Lifting subsidies in the manner that has been done in Egypt has burdened the poor because all prices have increased rapidly due to increase of transportation costs. This means that even basic commodities like bread and vegetables become more expensive. The cuts also introduced an increase in electricity bills. The poor have to conjure up some way to pay double the prices with their same wages. The poor have to think of ways to deal with the government’s decision without steps taken by the government to increase their wages, or help them cope with such increases.

Perhaps the most worrying aspect of lifting these subsidies is that there are no signs that this is a subsidy reform to help benefit the poor. There are many worrying indications that the money which the government saves will be channeled differently. Indication of the pattern of expenditure is that the army increased its budget over three billion pounds for 2013/2014. More so, energy intensive industries are still subsidized even though the subsidies have been lifted from the poor and at the same time these industries sell their products at international prices.

A distinction between 'subsidy cuts' and 'subsidy reforms' must be made, what happened in Egypt is the former.

Contrary to popular belief, subsidies in Egypt do actually help the poor simply because these subsidies keep the price of basic commodities down and there are no alternative social nets, and no efficient means by which the government helps the poor.

We have to be careful while looking at the economic situation. It cannot be devoid of the political context and the overarching economic policies. Steps in the right direction need to be in the right direction and not just seem to be. For example arresting thugs and locking them up for their crimes is a good thing, but when innocents are arrested in their place and they claim they're criminals, then it's not, it only seems so.

Posted by Wael Eskandar at 1:23 PM No comments: