On the Question of Civil War in Egypt 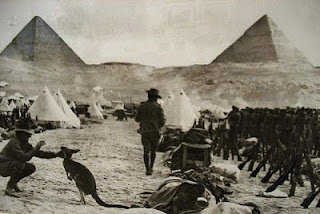 There won't be a civil war.

Muslim Brotherhood members aren't trained to fight with weaponry on a mass scale. They're ordinary people who can be overly zealous or violent at times, like most other Egyptian citizens. But even if they pick up arms, who will the Muslim Brotherhood fight? They're not fighting Christians or Shiaa or any specific group, they're fighting the people, most of them anyway.

Any fight the Brotherhood chooses will be the state against people, it can't be classified as a civil war. Also if ever the Muslim Brotherhood supporters pick up arms, it means the military is allowing it, which means that it's still state sponsored violence not a civil war. However such a scenario is highly unlikely because the army will not allow the state's monopoly on organized armed violence to escape it nor will the police for that matter. Furthermore the real indication of a civil war would be splits in the army which are highly unlikely considering the nature of the military.

So those warning of a civil war, please think.

Posted by Wael Eskandar at 1:09 AM