The Land of Fallen Heroes 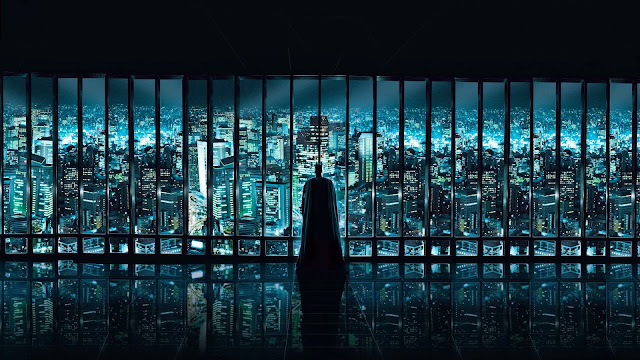 Revolutionaries have let people down. That’s the sentiment. People are disenchanted with their notions of justice and democracy and instead opting for pragmatic entities with more power such as the military.

In talking about the revolution, I’m not talking about famous activists who are no longer present on the streets, nor others who have opted or a more political route. The real revolution is the unsung heroes holding on to revolutionary principles every day. We mostly hear about them when they die, and a great many live and die in silence. That is the true revolution that does not want to die. We’re in a war of attrition fought by a generation of revolutionaries born out of the darkest injustices. Despite no assurances they will ever win, they are holding on to values that those around them seem to have forsaken.

But it’s not just revolutionaries who have let people down, people have let revolutionaries down. Many respected figures have lost that respect by giving way to flawed values and perceived practicality over adhering to sound moral positions. In effect the tables have turned in Egypt, the younger people hold the higher moral ground. They can see murder as a crime, theft unacceptable and impunity as corruption. They’re being asked by an older generation to turn a blind eye to injustices, to be practical, to be adults. Since when did adults preach moral corruption in the world so blatantly? No wonder those young people are in a constant state of depression and despair.  It’s not because they’re being beaten, arrested, tortured and killed on the streets while trying to stand up for what’s right. It’s because those they may have respected and looked up to have condoned lies and crimes over truth and justice.  It’s because the moral responsibility of identifying what’s wrong and what’s right rests on their shoulders. Young as they are, they bear that burden.  It’s a treason of sorts, committed by the larger faction of society, leaving the moral responsibility up to their children.

As the revolutionaries take on what seems to be the whole world, those around them mistake their obstinacy for arrogance. It’s not arrogance, but perhaps their only defense in the face of a world gone mad. They are confronting a world that wants to take whatever soul there is left in them. They’re obstinate not because they’re always right, but because everyone is asking them to forfeit all that they are, to corrupt their soul.

There never was any winning for these young people anyway because they were never just fighting for themselves, always fighting for others. It was a battle too colossal for any small group to win on their own.

People looked up to revolutionaries once upon a time, thinking they would lead an exodus out of the morally forsaken land, but it was much too difficult. A great many including grownups were born as babies after January 25, and the world expected them to run before they could even crawl. Such high expectations rested on them, and they were just children fighting the ugliest of beasts. The older generation left them to battle in what should have been their fight. When those young people were overwhelmed, conspired against and beaten down, almost everyone looked away. Everyone was looking for a winner and revolutionaries were looking for truth and justice. Everyone was looking for salvation, and revolutionaries were looking for dignity.

Back then when revolutionaries called out murder against the police, people applauded their bravery. When they asked for military trials to stop, people commended them. When they spoke against injustices performed in uniform in the name of law, country and religion, their values and morals were cherished. Now, all of this means nothing, such notions are mocked and ridiculed. There’s no room for idealism in the new Egypt, there’s no room for revolutionaries, no room for heroes.

Perhaps today revolutionaries with their values and their high moral ground are seen as fallen heroes. Those fallen heroes still hold on to their values in the midst of accusations of treason, in the midst of their own depression and despair. But it is those who have stood by the killers, the thieves and murderers in uniform in the name of practicality who are the true villains. They’re the fallen heroes, the heroes that should have been, the heroes that never were. They have let down their children because of their fears. They have let down those who could have believed in them because they themselves were the real children who needed a uniform to trust.

I do not know if it is possible for revolutionaries to rise again and capture the hearts and imagination of society through their sheer resilience. I do not know if this is a tale of triumph or defeat.  I do not know for certain if there will come a time when people wake up. What I do know is that these young people are worth something in this world, for holding on to ideas of justice, truth and heroism in a land of fallen heroes.
Posted by Wael Eskandar at 11:30 AM

I'm one of the older ones. I feel your words, I share your idealism. Am I naive ? Maybe, but I know whose side I'm on- that of the youth , the pure ones. Don't give up, be true to yourself- it's all you have, and the greatest achievement.

It just takes one person to lead, but an army of people willing to risk everything to spread the message.

So glad ya Wael that you feel my words made a difference. I don't have any clever or amazing things to say, but what I said came straight from the heart.

Well it spoke to my heart.

from one heart to another.... you should read this, (if you haven't already.- https://medium.com/what-i-learned-today/cfb98334f576

You, youth, shall overcome. Your dawn is coming because you aWseenG frere bringing it and we are with you

"The only sustaining support possible for the human spirit, the one pure unsullied good men can hope to attain, is heroism; and heroism depends on lost causes. The hero can prove what he is only by dying. The power of good is shown not by triumphantly conquering evil, but by continuing to resist evil while facing certain defeat." - Edith Hamilton

"They’re being asked by an older generation to turn a blind eye to injustices, to be practical, to be adults. Since when did adults preach moral corruption in the world so blatantly? No wonder those young people are in a constant state of depression and despair." Impressive as usual.