Staring into Darkness: A Chance Encounter with State Security 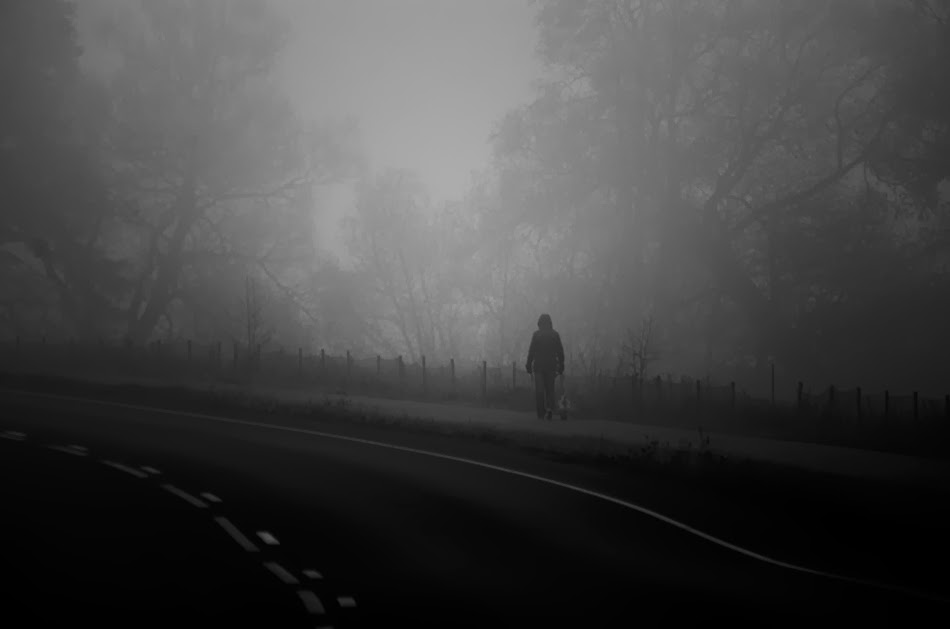 A chance encounter got me to look into the faces of state security officers and informants as they were stalking one of the activists. I’m not at liberty to describe what brought this about, but I can certainly remember their behaviour and I remember their faces. With that look, as we both stared at one another, I got a glimpse of what state security is really like.

The one I looked at seemed to be a young officer in charge of the case. He was dressed casually, but in his face there was a look of death. There was darkness underneath his eyes and a look of defiance to the entire world. If he had not been a state security officer, that same look would have been in hardened criminal, familiar with the underworld and excelling at it by mercilessly eradicating his opponents. That was the look on his face, as though humanity and mercy had been robbed of him. It was as if his soul had already been condemned to the darkness of hell, if there really was a soul in there. There was no redemption in that face.

I came to think about whether I was making this up in my head or if it was true. I have a thing for reading people’s faces though, they tell me so much about them, and my sense of what they tell is seldom every wrong. Still there’s no way to find out whether all of this was true, and so I figured I’d reason through it.

As a state security officer, I can imagine the kind of life he may have had. When he was young he was probably impoverished, picked on for his poverty and in his attempt to escape such judgement, he must have taken the only possible route that would earn him some respect, a path of servitude to the powerful so that he can be powerful and respected for his position rather than his money. Such a path must have lead him to blind servitude to powerful men and in exchange for respect from others, he accepted to serve those with power. What was new about this? He was always looked down upon anyway. One of these days he’d grow powerful and show all these little people that he was better than them. One of these days he’d show them that it was only their money that earned them respect. But he, he is a survivor who has gone through darkness and ended up triumphant.
He had to serve a series of powerful people in the police, and in gratitude to his obedience, they made him one of them, with the power to get away with anything they chose. He could break the law, but not only that, he would be doing it in the name of serving his country, personified in his power masters. What more could he want, the dark underworld he was accustomed to, but with a position of ruling over it. No one would question anything he does and he can always justify any crime he chose to do through patriotism. This was a strong network of the most powerful people in the country, they can force any judge to acquit him, any government body to succumb to his will. They did that for one another, and in return demanded loyalty, whether they’re right or wrong.
They were charged with the security of the state, but they themselves  were the state, and they were charged, using the most vile means available to safeguard themselves. Those police officers from lowly origins need to be seen as masters, and so they act like it. They are charged with the politics of the country, they knew best.
This officer finds that he was given the chance to do anything he wants, with no one to answer to but his corrupt masters. He can torture, he can kill, he can interrogate and he can sexually abuse any woman or man. He’s seen it all and done it all and no one could ever bring him to account. All the humanity inside him has been killed. He feels like a god on the streets. Who could ever question him or bring him to account if he chooses to commit a crime in the name of the state? If two ordinary policeman can beat a young man to death in plain view and get away with it, is it not easier for a state security officer to do the same?
For a time, people have rejected these sinister practices, understanding fully well that this group of people never cared for national security, never cared for the state. They only cared to preserve the current order of power. But now, people have given them a license to be gods once again, they can pillage and plunder, they can torture and kill, they can harass and intimidate and no one would bring them into account. No one can claim that what they do is a crime, there is an assumption they’re working for a greater good. They themselves feel their crimes can be justified through nationalism and elitism.
And so as I look at him, he looks back at me with complete disdain and arrogance. Looking at him is like staring into the abyss. There’s no one to turn to, it’s just you and the beasts. No police can help you, no judiciary, no army personnel, no politician, no foreign power and even the people you trusted for solidarity have forsaken you. You’re staring darkness in the eye.
But as I look into this darkness, I remember one thing. That I’m not as filthy, not as criminal, not as corrupt. I’m not as soulless as the person I’m staring into. Perhaps that doesn’t mean much to him, but it means the world to me.
Posted by Wael Eskandar at 2:28 AM