The Significance of Shaimaa's Death 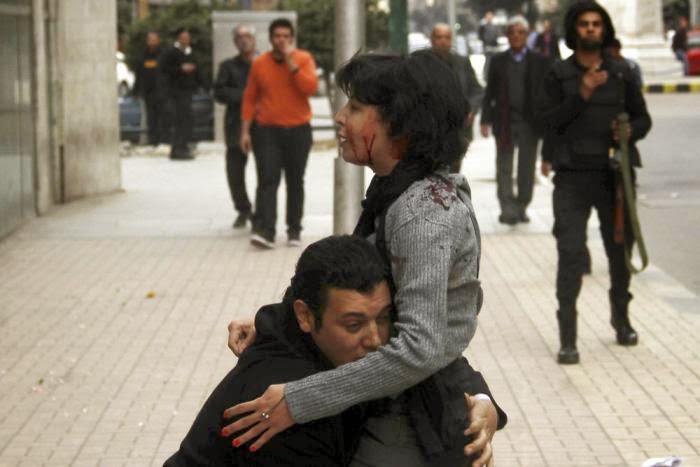 I’ve thought a lot about why the death of Shaimaa Al-Sabbagh has been more painful than many of the unjustified recent deaths we’ve encountered recently. It could be because she’s close to my circles, or because she looked pretty or because of the innocence of attempting to place a wreath of flowers in memory of the fallen martyrs or because the photos captured moments before she passed away were truly heart wrenching.
It may be all of that, but alongside, the more pressing reason is because her passing resembles the murder of Khaled Said, all over again. If we can capture the revolution as a single demand, it was so that we never have another Khaled Said. It doesn’t mean that people are never killed again, but that the regime does not get away with murder and does not use its institutions to cover up their crimes.
But there have been so many Khaled Said’s over the years, and we haven’t been able to stop them. The revolution has failed, utterly and categorically in fulfilling its epitomised demand. What’s worse is that, on the eve of January 25, the counter revolution delivers the strongest message possible, that it has triumphed and will kill any Khaled Said in whatever shape or form he is re-incarnated, that it will continue to get away with it and that it will continue to target us.
The defeat is doubly painful as people cheer on criminals in uniform making up excuses for them. In their defence of the uniform, people have resorted to all sorts of explanations catered by propaganda that helps sedate the conscience. State sponsored explanations range from, let’s wait and see to find out what happened to the more extreme support of her death because she chose the wrong time to protest without a permit.
In between, an endless middle ground of diverting attention, accusing the Muslim Brotherhood or her friends of killing her and casting doubt on the testimonies of those who saw it happen. Now isn’t the time to discredit the police because they protect you, they say. They say it as the police itself shoots at and eventually kills an unarmed woman.
This is business as usual for the police and authorities, along with the usual forensic, judiciary and media cover ups for what has happened in clear daylight. We are asked to shut up about the whole matter because the judiciary is charged with investigations, but when has the public prosecutor ever arrived at real conclusion or true condemnation for regime crimes?
If anything, prosecution and the judiciary in Egypt have systematically attempted to disprove what we’ve seen with our own eyes. Witnesses are pressured, videos disappear, the Ministry of Interior logs disappear, and there is every attempt at hiding what we have all seen. Yet they dare call it justice.
If I were reading this about a different country, I would have written it off as a hyperbole, a gross generalisation, the ramblings of an angry citizen with poor analytical skills. But the true tragedy is that time and time again, events have proven these words to be true, unexaggerated and perhaps even understatements which don’t reflect current reality strongly enough.
Strangely enough this incident not only resembles the Khaled Said crime but combines that of the woman in Tahrir in December 2011 who was part-stripped by the military during the Cabinet Clashes. Like the unknown battered woman, Shaimaa was smeared by questioning her motives of being out on the streets. Doubts as to the actual perpetrators were raised and lies about who killed her were unjustifiably spread. 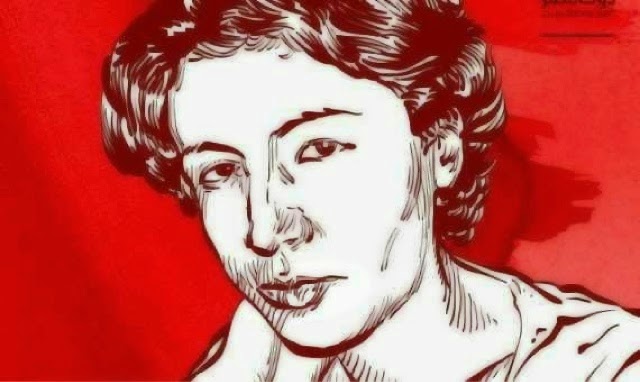 It was this event of targeting a woman so shamelessly in December 2011 that mobilised a nationwide campaign by the name of Kazeboon that dared to call out the regime on its lies. Likewise women who identify with Shaimaa have decided to defy fear and stand this Thursday in the same spot she fell despite the risks of being unjustly targeted like Shaimaa. The fate of this protest is unknown at the time of writing.
There is a constant attempt to shift the debate to everything other than the murderer of Shaimaa.  Not only did security forces shoot Shaimaa until she dropped to the ground, they continued shooting at the gathering that was already dispersing even after she was hit, refused to get her medical attention and arrested those trying to help her. This determination on treating our lives as cheap and the audacity of covering up this crime is a blow to Egyptians willing to confront the truth of their perceived worth.
The real monstrosity surrounding Shaimaa’s death is the unwillingness of society as a whole to bring its perpetrators to justice. The people seem to have been desensitised to injustices. They only see legitimate grievances when affecting state institutions or perpetrated by opposition to the state.
The revolution’s promises seem now like a mirage rather than an oasis. Those who dared to stand up to oppressive forces in pursuit of their dreams have done so with very little on their side and continually pay a heavy price. They have been targeted, crushed, drained and killed just like Shaimaa, with few to mourn, and even those few are smeared.
Those who dreamt of change have constantly tried to use truth as their primary weapon. The truth is that Shaimaa Al-Sabbagh was killed and left to die by the Egyptian police. She was shot at close range possibly because she refused to run and be intimidated as security forces charged the gathering. But even when truth is on your side, sometimes it’s just not enough. 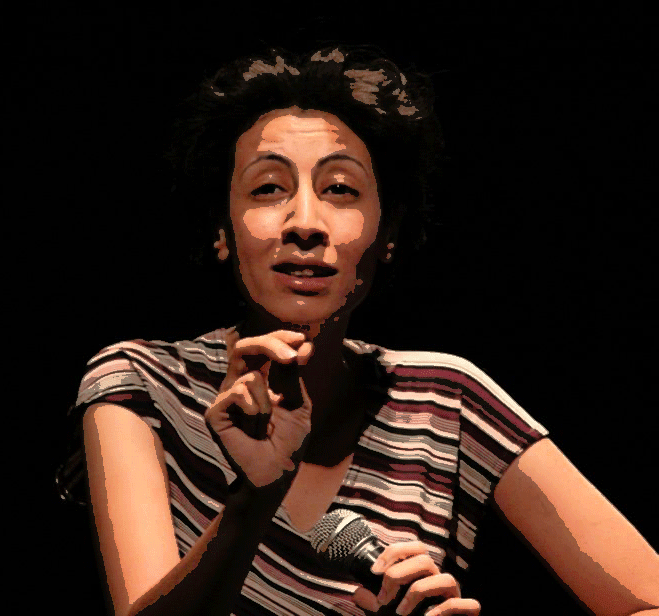 You say the truth may not be enough, but please keep on saying it ya Wael!Thank you