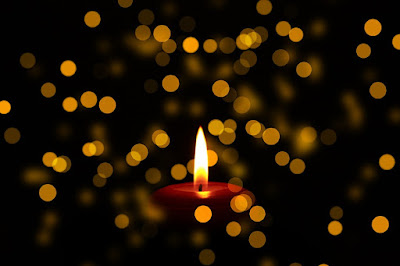 I went to a funeral at church tonight. I met some of the old faces I abandoned several years back when I parted ways with the Orthodox church which adopted a very clear counter-revolutionary stance. They wedged themselves deeper into that moral abyss when Pope Tawadros was appointed only to unquestioningly support the re-establishment of military rule after the takeover in 2013. I left them all behind. The further I drifted the more content I became. Meanwhile, I still had connections with the actual community on social media. They read what I wrote. I responded to what they wrote. Quite expectedly, we got into huge arguments that resulted in accusations, unfriending and blocking.

The main moral confrontation was about their support of a dictator as his regime crushed my friends and comrades. The dictator was applauded alongside Jesus who they claimed to celebrate, while those who actually adopted the values Jesus preached about were crucified. ‘Crucify them,’ they said, and with the same breath they celebrated freedom for the corrupt and murderous, like Hesham Talaat Mostafa, Habib El Adly  and numerous others like them.

I had never understood that part of the story in the gospels, that juvenile part just before the crucifixion when Jesus was presented to the masses that welcomed him a year earlier and asked whether he should be pardoned, the people responded 'Crucify him'. Never understood how people could turn against someone who had done nothing but speak truth to power in favor of better morals. Now I've seen it happen and that part of the story seems like the most realistic and authentic part. How simplistic real life can be as well.

This is the church that I got to know, that likened Sisi to Jesus and linked him to the words of prophets about a savior. This is the church that mocked those who used religion to manipulate people’s politics when the Islamists did it, and yet its leader went out and supported the regime despite every atrocity committed in violation of human decency. Its people have sided with false gods and abandoned the morality preached. It’s not that they preached against anything good, it’s that they demoted their beliefs to lip service and mindless acts of worship.

It was the funeral of an old lady whose family I knew. It wasn’t the saddest of funerals because it seems that the old woman had lived a full life till she was very old. I never knew her, just her daughter and her son in law who was also a priest that was close to my heart and I knew her granddaughters and loved them dearly. They were all lovely people who hadn’t quite followed the party line, nor excused atrocities. As soon as I entered and I saw Father Ibrahim, I was filled with love. Some of these people were a community I loved, but I was so angry at the bigger picture, at the rest of everything that I was unable to visit that church much, not even ceremonially. Despite the funeral not being very sad, I was full of sadness. I sat and looked at the faces and wondered what I was so sad about. I realized that I was mourning the death of that church for me and what it meant.
How far had the Coptic church drifted from its promises of holding on to the moral teachings of Jesus. The church had offered resilience in the face of persecution historically. Who knew that you did not need to kill them for them to die. All you had to do is co-opt their leadership and the rest would slowly decay. They would live by their fears instead of their values, they would follow the crowd instead of their conscience.

I mourned the death of the church for what it represented because I loved some of the people. It reminded me that people who have immoral stances can still be lovely warm people who love those close to them and who take care of their community. It reminded me that we can tell ourselves lies in order to think of ourselves as good people. I wasn’t filled with anger when I was there, I was filled with sadness for this lost potential. Even a cynic like me has hope and believes that something better is possible.

It doesn’t matter now how many apologies I get from those who have attacked me, it also doesn’t matter if people haven’t changed their minds and continue to support a brutal murdering dictator. Something has been lost and I have to remember that so many people I know are in jail because many of those lovely fearful people made it possible. There are many beautiful things about Jesus’ teachings that have been distorted by the Coptic community and its church leadership. But as the anger subsides for a while, I’m full of sadness and I’m also filled with love for some of the people who have stood their ground and others who haven’t stood their ground but are paradoxically kind loving people who want to do right by their community.

Anger is much easier, it removes a lot of the problems, because beneath the question of morality, there’s a more complex question of humanity.

Posted by Wael Eskandar at 3:31 AM