This is one of the worst periods of Egypt's history. The next generation will ask us, how could you allow this. I wrote this letter addressing Lydia, one of my fascist friend's daughters some time back, envisioning what I would tell the next generation. My simple answer is that we tried. 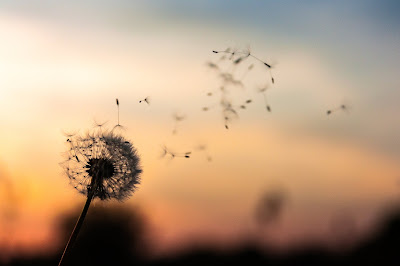 It is with great sorrow that I write this letter to you knowing full well that you may not trust or comprehend it, or even believe me. You may have grown up believing a narrative that runs contrary to the truth, in which case, this letter shall not have an effect on you, and you will feel bitter and angry at this letter and at me for writing it. But there's a strong chance, that unlike your parents, you will have come to understand the true history of what happened in the time before, a time of events, both I and your parents have witnessed up close and each of us took their route.

This letter will only make sense if you've ever come across the truth of the history that took place starting from 2011 and the repulsive turn into oppression in 2013 where injustice prevailed and massacres took place. It is only with the realizing of the ugliness of this history and trying to reconcile it with what people did that would give meaning to this letter.

Your mother was one of the staunchest supporters of the Sisi regime, because your uncle was a policeman, she was a vehemently opposed to anyone who pointed to police corruption. She supported the police as they killed thousands of people, and even though many have presented her with evidence that they were unjustified, she shrugged them off. She continued her support for police brutality in the face of logic and evidence of a declining sense of justice and a declining economy. She was happy to label anyone who opposed the crimes of these irresponsible tyrants as traitors, while the real treason was committed by those she supported.

Your father and I were closer, he was also more moderate, yet he showed great weakness, never engaged in trying to call out the criminals even though he may have seen their crimes. He was looking out for your future as any father would, but the cost was the future of many other generations and the history you have inherited. So many have been killed with the blessing of apologists and your parents were those apologists.

In answer to your questions as to whether our generation was aware of these atrocities that you learn about in school, the answer is yes, there was plenty of information. It is just that many did not want to believe or want to be confronted with the sad reality that their country was run by criminals, that their children's future was going to be determined by criminals. They would rather believe that those trying to rectify the situation were spies, rather than people who loved their country and valued its future enough to oppose the oppressors.

Torture was widespread, and to get a sense of how people reacted, they didn't care, as long as their own people were not affected, yet as we've come to learn it was only a matter of time before someone close to someone got hurt in some way or another. The country descended into lawlessness on account of police brutality, yet your parents and people like them were steadfast in blaming the victims of this brutality rather than the perpetrators.

There was a strong narrative that the country was fighting terrorism, but as we've come to see, the policies put in place by the oppressive regime did nothing but create more extremists who were fighting because of a growing extremist ideology or to attain some sort of justice against a regime that offered no civil way of attaining it.

I want you to believe me when I tell you I have tried hard to speak to your parents and convince them to take a different moral route, but they shunned me and chose to continue in their ways. I asked them to stand by their integrity for your sake, so that you will not view them as weak or immoral for allowing such atrocities, but to no avail. They were determined.

I do not know if there was anything more I could have done, I want you to believe that I have tried my best that you and many like you not inherit the country and the history that you did, not to inherit the parents that you did. We had many opportunities, if only people had learned to look beyond their selfish needs, we would have all been better off.

History cannot be changed now, you have seen what has happened, and the only thing I urge you to do dear Lydia is not to follow the same path taken by your parents, of apathy and justification for tyrants. Remember that all this is transient, all that remains is how much of your integrity you have maintained.