Why did Hamdeen Sabbahi and Abdel Monem Abol-Fottouh run in elections while Shafik was running? Why did they not object from early on that the disenfranchisement law wasn’t applied? Why are they objecting now? Why did they run in these elections when they knew they were going to be fraudulent? Why didn't they unite before these elections? Why don’t they just lick their wounds and accept defeat? 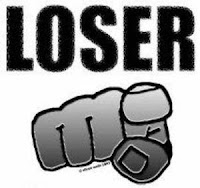 I hear these questions accompanied by accusations that Sabbahi, Abol-Fottouh and Khaled Ali are just sore losers.

The questions don’t make a lot of sense to me. I don’t understand their logic particularly from people who, for example, voted in the elections but wanted the candidates not to partake, or from those who boycotted but are critical of ElBaradie for boycotting, or those who did not believe at first that the elections were going to be fraudulent and have discovered now that they were.

The real concern for me isn’t whether the ex-presidential candidates are making a fuss about losing. It is in Egypt’s best interest to make a fuss about state sponsored violations in free undemocratic elections. I will not assess the candidates’ intentions as to whether they are fighting on our behalf or for self-serving purposes. I think this is a battle that should be fought.

The real issue is the reaction to this battle from people who claim to fight injustice. It is disappointing that activists defend the results of the elections while acknowledging the authoritarianism under which they were conducted.

I think there is a missing chunk of values camouflaged by the desire for some people to appear as graceful losers. It might be a deep feeling of inadequacy manifested in blaming others for not accepting their loss. It may be that the principles themselves that people hold on to are flawed whereby a part of them accepts unfairness as a given. It may not even be their fault, it is something that the Mubarak regime has nurtured.

Sore loser applies to someone who has been beaten fair and square, but not when there are violations grave enough to be fraud. If you’ve been cheated, you kick and scream when you lose and make a fuss. There are no points for being a graceful loser if you’ve been cheated. It seems to me the criticism directed to the presidential candidates is more defeatist than it is ideal. Accepting an unfair outcome gracefully does not make you a better person. Condemning those who have been cheated just because they’ve complained is oppressive. It is victim blaming.

The idea isn’t so much that Shafik was running despite being a member of the ex-regime but that he benefited from it on this occasion and showing us  why he should not have been allowed to run.

Right now, the ex-candidates are a powerful representation of the revolution. They are flawed. We all are. But why are people so eager to lose? Why are people eager to have them give up? Why not put up a worthy fight.

It puzzles me how people sometimes say the results would have been the same if no violations had taken place. There is no way of knowing what outcomes would have come up had the rules not been broken but more importantly, even if the outcome would not have changed, it doesn’t make it right.

The sad part is seeing a desire for defeat with accusations like that. Let us be defeated by the regime, but not without at least trying. It’s not even pragmatism that is giving way to the values of fairness, it’s false pride. We have something to learn from opportunists, and that is that they know what they want and they keep going for it. I wish sometimes we’d be that persistent and don’t complain about those who are trying to go down fighting.