My words don’t mean much because no words can truly describe Egypt at the present moment. Cairo is now very morose and everyone with a conscience is filled with sadness. It’s a different kind of sadness, not the sadness over martyrs who have helped liberate the country, a sadness closer to defeat. 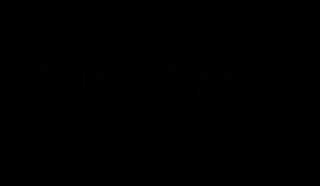 One must come to terms that the events of Maspero have been a great defeat to Egyptians. The greatest defeat was not that the military fired on its people, nor is it that the state media propagated lies inciting Egyptians, or that Egyptians took to the streets to kill each other with knives and swords. The greatest defeat was the reaction of Egyptian citizens to these events. The saddest part is that Egyptians believed the lies circulated by state TV that Copts started firing at the army but even those who did not believe didn’t really care.

They’re getting away with it like they have with many incidents in the past. They’re getting away with it because it happened to the Coptic Christians of Egypt. One might be tempted to say this isn’t accurate; the army attacked both Copts and Muslims and didn’t discriminate between either. I agree completely but the attacks and deaths have been associated to Copts, even if some Muslims partook and shared the same fate. Who will stand up for the Copts? Muslim extremists don’t mind that Copts were murdered and moderate Muslims are divided; some don’t mind what happened and others are incensed but the greater majority doesn’t really care. The fact remains that the military is reaping the benefits of the sectarian strife that the regime has sown for 60 years. The true tragedy is the indifference of the moderates; that is the true defeat.

The army got away with convincing the world that protesters stormed the Israeli embassy, and perhaps they would be surprised not to get away with the events of Maspero. But why should anything happen to them? Killers are still at large and continue to kill; those inciting hate, violence and murder are still broadcasting their lies; demonstrations and demonstrators are being crushed; why should anything change?

Those who support revolutionary change are disappointed and enraged. It is indeed disappointing to have an army that has betrayed its people, and state media that betrayed the truth but the most disappointing is to have Egyptians insisting on seeing lies as truth. Even the most optimistic of us have been worn down by the events of maspero.

The irony is that the brave resilient youth who stood up to one of the most brutal police regimes will not be defeated by the bullets and weapons of the regime, but by the soft whispers of their countrymen betraying their cause.

Egyptians have defeated themselves.  The pain of losing vibrant passionate people is exacerbated by the apathy of Egyptians who are charged with protecting them. As people were being buried after being run over by the army and killed using live ammo, apathetic Egyptians were discussing whether the Copts had a right to protest, and whether or not the church was burnt and perhaps even condemning the attacks of protesters on the APCs than ran over a third of the protesters that were killed. It seems that in Egypt APCs are more valuable than humans beings.